While a relatively small economy, Malta still managed to dramatically outperform its fellow Eurozone states during the first six months of the year. As a result, credit rating agencies DBRS and S&P remain optimistic about the country’s economic outlook.

The Eurozone’s smallest Member State was its fastest growing economy during the first six months of 2018. At over 5 per cent, Malta’s economic growth rate topped the Eurozone, according to credit ratings agency DBRS. Consequently, DBRS has confirmed its ”A” long-term rating of Malta, with a stable economic outlook.

Last year, the island’s economy expanded by 6.7 per cent, nearly triple the average growth rate across the Eurozone, which came in at 2.4 per cent. Malta’s debt to GDP, which reached its highest level in 2011, has fallen by nearly 28 per cent, placing it well below the average of euro sharing countries. What’s more, at less than 4 per cent, Malta’s unemployment rate tied for second lowest with the Netherlands, just behind Germany.

Of note is the fact that Malta’s fiscal surplus rose to 3.9 per cent in 2017, an astonishing 3.1 percentage points above the government’s target. This is thanks in large part to the country’s Individual Investor Programme (IIP), which contributed 2.6 per cent of GDP growth in 2017 compared to 1.7 per cent the previous year. Malta requires a comparatively large investment for individuals wishing to participate in the programme, which grants Maltese citizenship to individuals who purchase at least 150,000 euros of financial instruments and make a 350,000 investment in real estate, with a minimum holding period of five years. Despite this relatively high bar, the IIP brought in 230 million euros last year, generating 5.4 per centof overall government revenue.

Malta’s private sector has also performed well. There has been a steady increase in the country’s labour supply thanks to net migration and more women entering the workforce. Valletta has also benefited from a rise in productivity over the past four years. Furthermore, the demand for Maltese services, especially financial services, contributed to a 13.6 per cent current account surplus last year, a 30-year high for the country. Regarding the banking sector, DBRS noted that Maltese financial institutions have robust Tier 1 capital ratios, high levels of liquidity, and stable profit levels. 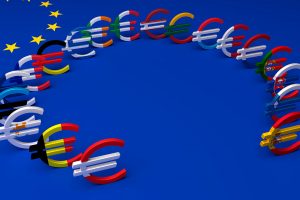 DBRS’ upbeat evaluation of Malta’s economy was echoed by S&P’s upward revision of Maltese sovereign debt last month. S&P increased its outlook for Malta’s long-term sovereign credit rating from stable to positive, citing strong growth, the current account surplus, and small government deficit. Moreover, the agency stated that it might increase its ratings on Malta over the next 24 months if economic growth remains in line with their expectations.

This generally outstanding performance of the nation’s economy leaves many to wonder just how Malta managed to outperform so many of its fellow member states. A key reason is its stable government. In June 2017, the ruling Labor Party won a comfortable majority, providing it with the necessary breathing room to continue with its reform agenda. The government has focused on crafting policies that create jobs, improve housing affordability, and enhance both physical and human capital within the economy.

The International Monetary Fund has backed up the credit rating agencies’ rosy outlook for Malta. The organisation projects real GDP growth of 5.4 per cent this year, and 4.6 per cent in 2019. It also expects that the government deficit will continue to fall over the next two years.

Thus, while Malta may not be the economic engine of Europe, its steady GDP growth is an example of Southern Europe’s contributions to the recovery of the Eurozone.